Associate to the Artistic Director at Deutsche Oper Berlin

Viviana Barrios holds the position of the Associate to the Artistic Director at the Deutsche Opera Berlin, one of the most prestigious international opera houses. Christoph Seuferle hired her in 2008 as his assistant first, before she was upgraded to his associate. From the very beginning her main focus was the scholarship program as well as auditions and casting at the DOB. In the past years she has been invited to the jury panel of singing competitions and/or was in charge of the pre-selections for it (Tenor Vinas Contest / Barcelona; Belvedere Singing Competition / Berlin only; DIOA / Daegu in Corea; Bundeswettbewerb Gesang Junior and regular / Berlin; NY Opera Foundation / New York, USA; WCN / Vienna, Austria). Future plans in 22/23 include her jury work at the first “Opera’s Golden Voice” singing completion in Batumi/Georgia, the Bundeswettbewerb Gesang in November 2022 in Berlin as well as the Berlin preliminaries for the Vinas Contest and Finals in January 2023 in Barcelona.

Since October 2020 she holds an university teaching position at the UdK Berlin (Universität der Künste) at the Vocal Department, where she teaches “audition coachings”.

Her professional background is not based in the musical field. She finished law school in Germany with the highest possible degree (2. Staatsexamen), which qualifies her to exercise the functions of a judge, as it includes 2 years of legal interntship at court. In addition she graduated in Spanish law. After finishing her legal formation she decided to degree also in Cultural Administration in Regensburg/Germany.

Her first job in the industry was a consequence of her internship she had to do for her degree as cultural manager, that she had chosen to do at the Theater Bielefelds Main Office (KBB). They immediately hired her for an intersection of Main Office and Sales Management. Only a few weeks later the Intendant though brought her to his office as Assistant to the Intendant,
where she remained for nearly 3 seasons, looking after the needs of a 3-sections- house (Opera, Acting and Ballett).

During all that time she remained close to music and the Theater, where she had started to sing as a child in the so called “Singshul”. From her early childhood she received music lessons, played the flute, was member of the school orchestra and performed already as child in opera and concerts.

Viviana Barrios was born in Germany. As child of Chilean parents she grew up bi-lingual (Spanish and German). She also speaks English, French and Italian. She is married and mother of two daughters. Together with her family she lives in Berlin. 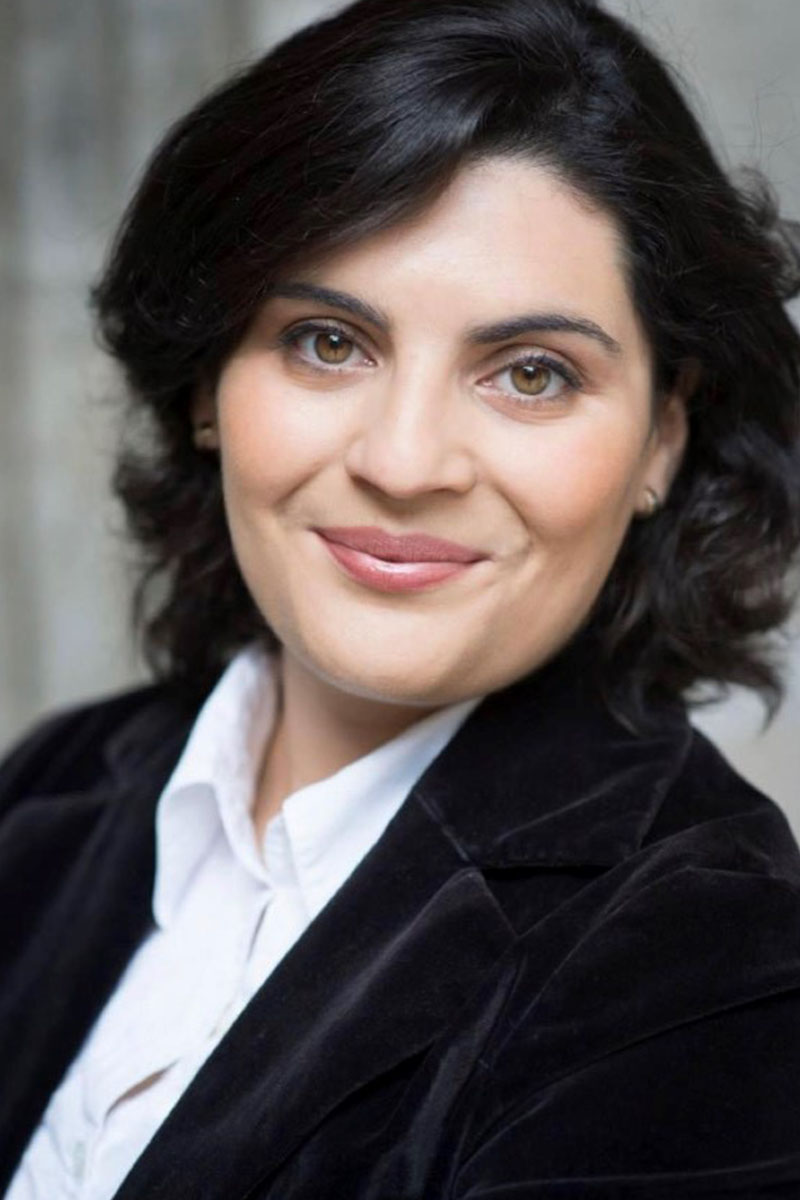