Mariusz Kwiecień, baritone, born on 4 November 1972 in Kraków. He has performed at the Metropolitan Opera in New York, London’s Royal Opera House, La Scala in Milan, and many other opera theatres in Europe and North America. He graduated from the Academy of Music in Warsaw and participated in the Lindemann Young Artist Development Program at the Metropolitan Opera in New York, where he honed his vocal and acting talents with the most eminent artists of the opera stage.

A regular at the most important opera houses in the world: Metropolitan Opera, Covent Garden, Wiener Staatsoper, Paris Opera, Lyric Opera
of Chicago, Bayerische Staatsoper and many others.

Audiences appreciated his magnificent voice, musical sensibility, charisma and charming stage presence. He has sung title roles in several well-known operas: Don Giovanni by Wolfgang Amadeus Mozart, King Roger by Karol Szymanowski and Eugene Onegin by Pyotr Tchaikovsky. In addition, he has appeared as Almaviva in Mozart’s The Marriage of Figaro, Malatesta in Don Pasquale and Nottingham in Roberto Devereux by Gaetano Donizetti, Riccardo in I Puritani by Vincenzo Bellini, Rodrigo di Posa in Don Carlos  by Giuseppe Verdi, and Zurga in The Pearl Fishers by Georges Bizet.

Mariusz Kwiecień made his debut at the Met in 1999 as Kuligin in Leoš Janáček’s opera Kátia Kabanová. He went on to sing there – apart from the roles listed above – Marcello in Giacomo Puccini’s La Bohème, Guglielmo in Mozart’s Così fan tutte, Escamillo’s in Bizet’s Carmen as well as Enrico in Lucia di Lammermoor and Belcore in L’elisir d’amore by Donizetti He sang continuously for twenty seasons at the MET.

Mariusz Kwiecień has been the artistic director of Wrocław Opera since July 2020. As a jury member, he has been taking part in numerous vocal competitions not only in Poland but also abroad. He conducts his masterclasses in various Polish and foreign cultural institutions. He has founded the Opera of the Young Progamme ( Opera Młodych ), which is supported by Wrocław Opera. 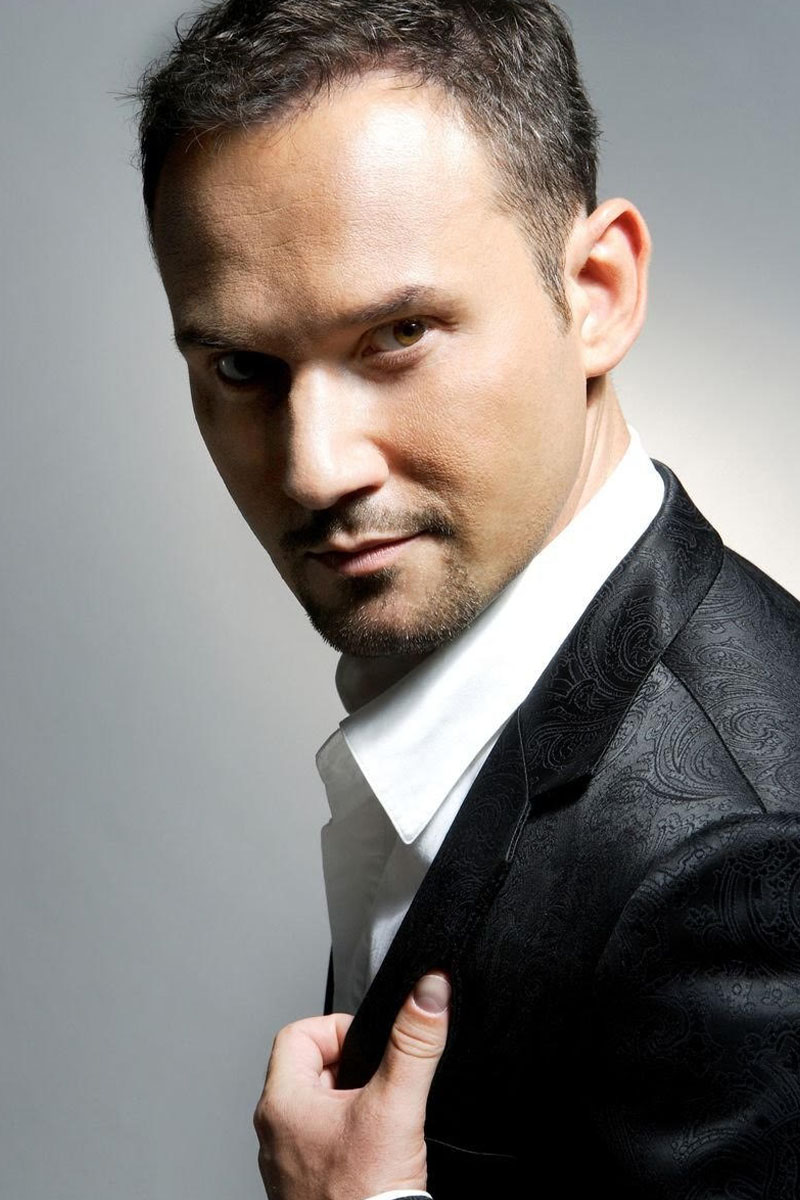